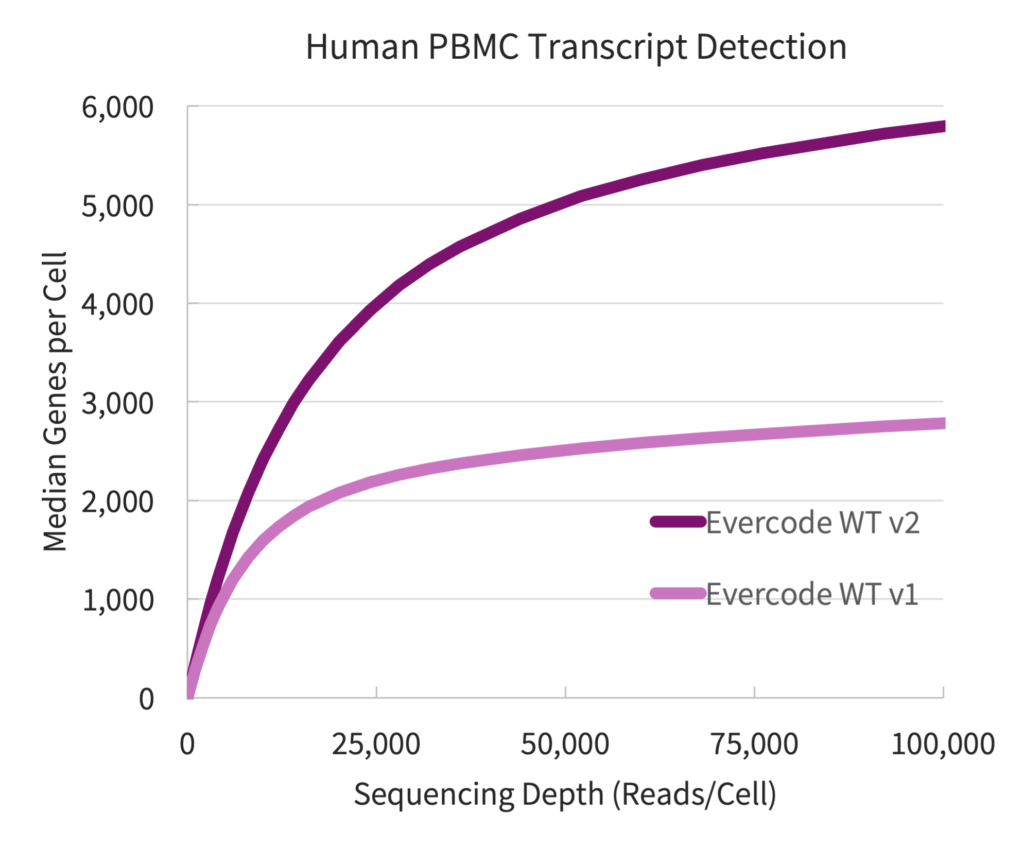 Consistent gene detection between samples results in fewer sample failures, more predictable sequencing planning , and straightforward data analysis. The reproducibility and distribution of the genes per cell for Evercode WT v1 and Evercode WT v2 were plotted (Figure 3). The medians were more consistent across samples prepared with Evercode WT v2.